As the animated canine caper shows, embracing the fantastical doesn’t require the same leap of faith it once did. 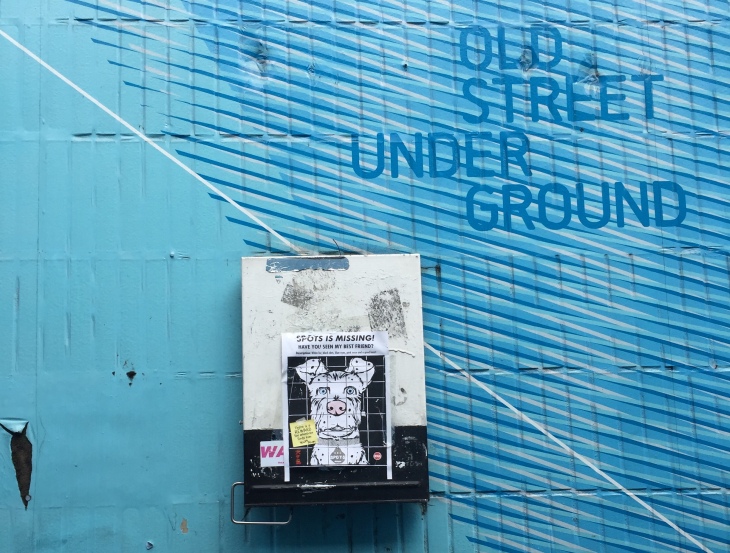 My eye was drawn to it the moment I emerged from one of the exiting tunnels at London’s mazy Old Street tube station. Plastered on an unremarkable metal box attached to the wall was a ‘lost dog’ poster. “Spots is Missing!” it read, and there, staring back, was a sketch of a stoic-looking Spots. “There is a REWARD for whoever finds him – Yours, Atari” said a note lower down.

A small, inconspicuous logo in the bottom-left of the poster indicated that this was actually a piece of marketing collateral for Wes Anderson’s new film Isle of Dogs. But you wouldn’t really need that signpost to get the idea.

For someone with prior knowledge about the film, the poster provided an instant jolt of joyous recognition. It transported me from mundane surroundings to an irresistibly imagined fantasy world of banished dogs and an intrepid Japanese boy who will stop at nothing to get his canine companion back. 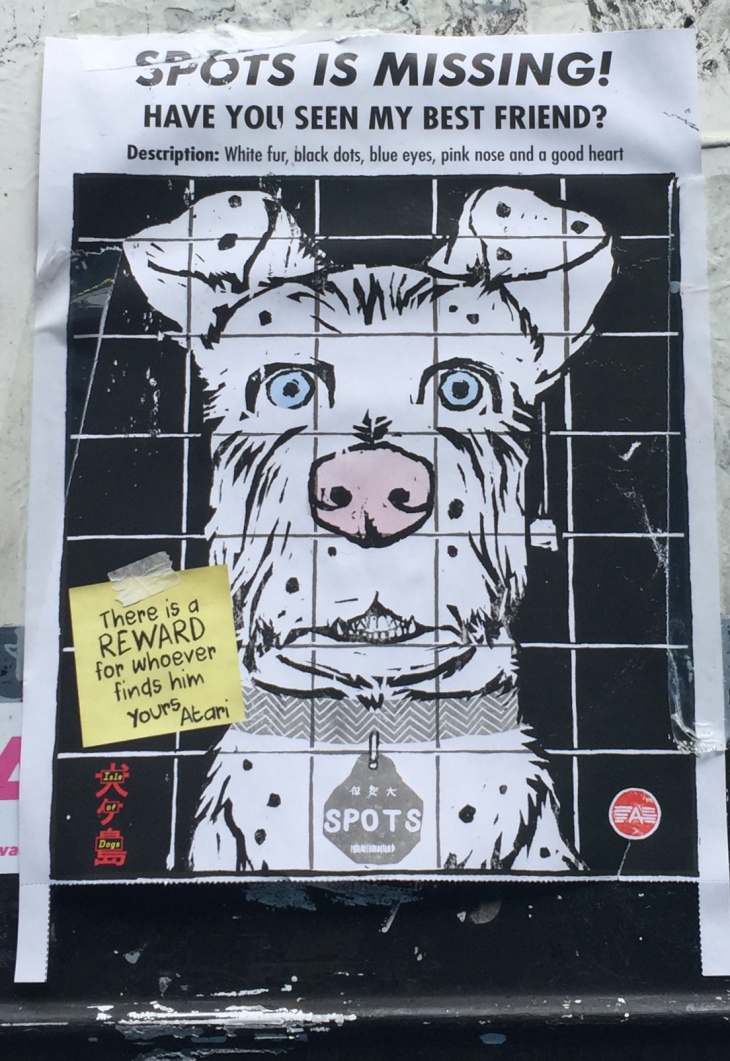 Anderson’s ability to create worlds that feel tantalisingly close to ours is central to his art. In The Royal Tenenbaums it’s New York City but not as we know it, as quirky, made-up landmarks and places (the 375th Street Y etc) are inhabited by the film’s equally quirky characters. In The Grand Budapest Hotel, 1930s-era Central Europe is presented with all the right period touches, but with extra whimsy and opulence.

For Isle of Dogs, meanwhile, Anderson sets the animated action in Megasaki, a fictional Japanese metropolis where, in the not-too-distant future, an epidemic has caused mass panic among the populace. It’s the kind of public health scare you could imagine happening in any modern day city (London included), but the quirk here is that dogs are the disease carriers. With all dogs shipped off to Trash Island, Atari is the 12-year-old boy who bravely attempts to retrieve his quarantined pet.

That’s the beauty of the poster. Isle of Dogs is another immaculately detailed world, so the sense of crossover with the real world – the drab surrounds of Old Street Underground – feels seamless and plausible. I didn’t just see it as a clever piece of incognito advertising. I was seduced by the very idea of fantasy and reality colliding. I was willing to believe Atari could be somewhere nearby, putting up more posters in the search for his beloved pet.

Perhaps, as media in all its forms becomes all-consuming, the lines will blur further. What was the Pokémon Go craze after all, if not an exercise in making the fictional an integral part of the real world? We talk to bots, make avatars of ourselves and increasingly withdraw from the real world into cyberspace. If we’re all detaching and escaping, I can certainly think of worse places to go than Anderson’s world of reimagined and refined realities.