New models are sweeping away the structures and hierarchies that have underpinned working lives for centuries. 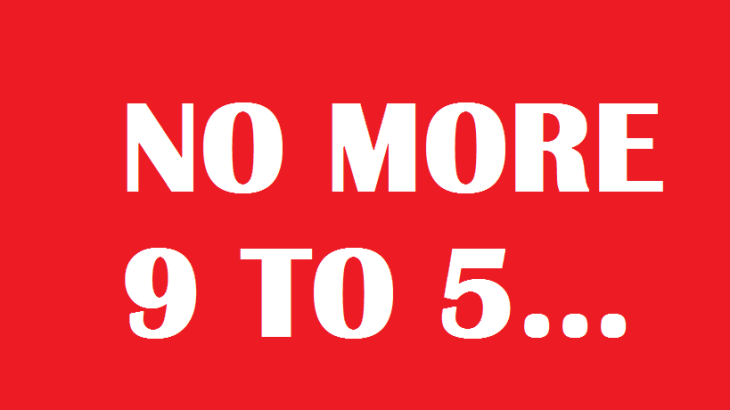 As a Twitter follower of Amelia Torode, co-founder of creative ‘operating system’ The Fawnbrake Collective, it was interesting to observe one of her retweets the other day. Written by Eric Jorgenson, a director at tradespeople marketplace Zaarly, the tweet outlines his view of ‘Old Status Symbols’ versus ‘New Status Symbols’.

In the former category, Jorgenson lists ‘luxury goods’, ‘position of authority’, ‘busy-ness’ and ‘endorsed by establishment’. In the latter category of new status symbols he cites things like ‘position of influence’, ‘flexible schedule’, ‘creative output’ and ‘self-actualisation’.

It’s not an exhaustive breakdown by any means, but it’s a neat take on the changing priorities that are reshaping the world of work. In a digitised, atomised world where traditional power structures are starting to crumble, Jorgenson identifies a fundamental shift in how people perceive their own personal fulfilment and life goals.

Taken together, his lists suggest that climbing the career ladder in a traditional 9-to-5 job is becoming less and less attractive to many workers. Instead, people increasingly want the flexibility to realise their ambitions on their own terms.

No wonder the tweet caught Torode’s attention. The Fawnbrake Collective defines itself as an operating system precisely because it has stripped away all traditional business structures. Its core services are brand strategy and experience design – the kind of specialisms provided by regular marketing agencies – but Fawnbrake sets itself apart by having no company HQ and no internal bureaucracy and processes. It doesn’t even use internal email.

Instead, Fawnbrake exists as a fluid community of like-minded creatives, strategists and thinkers. These people sign up with their credentials and are then invited to participate in real world events such as strategy hackathons for not-for-profit organisations, or social gatherings in London and beyond.

The idea is to get a feel for people’s skills and personalities so that when a project brief comes through from a business, the right teams can assemble quickly and efficiently. All communications for managing Fawnbrake projects take place on the live business messaging platform Slack.

‘Flat, fast, flexible’ is the ethos, reflecting the idea that both the client and the worker can benefit from removing traditional structures and hierarchies. Having officially launched last September, the collective has begun rolling out its model with projects for several brands including peer-to-peer car rental business Hiyacar. This included developing a brand strategy, logo design and advertising materials for the startup.

Torode, who had a long career working in advertising agencies before setting up Fawnbrake with her co-founder Sera Miller, believes businesses are crying out for more direct access to creative ideas in a way that is both faster and cheaper than the standard agency model. At the same time, more and more creative people are seeking the kind of freedom and flexibility in their working lives that the Fawnbrake model offers.

“The idea that companies own talent and therefore that talent needs to fit into a company’s structure just doesn’t work in the same way it used to,” says Torode. “That’s why we’ve borrowed language from the world of software to talk about being an operating system – it’s a total redesign of working structures.”

The growing demand for flexibility and new ways of achieving professional fulfilment is giving rise to a wide range of new models. Just this week, the Guardian shone a spotlight on Patreon, an online membership platform that provides artists and creators with the tools to run subscription content services for generating revenue from subscribers or ‘patrons’. This year the platform is set to pay out “well over $300m” to its creators, twice what it distributed in 2017.

Such a service means that independent musicians need not depend on the measly revenue they derive from streaming services or YouTube – they’re able to seek out their own paying audiences. Similarly freelance writers don’t have to rely on the whims of a single editor to get their work published and paid for. It’s another way of freeing up creativity, while putting power firmly in the hands of the creative.

In the case of Fawnbrake’s model, Torode says she’s been overwhelmed by the sheer volume of people signing up to get involved – many of whom previously worked in traditional advertising agencies. To thrive in Fawnbrake’s flat structure, these people must work collaboratively with the rest of their project team, rather than seeking to impose the kind of thinking they may have been used to in the past.

“It’s a case of leaving your title at the door,” says Torode. “We haven’t had anyone pull rank and say that because I’ve got this level of experience, I should take the lead on this or that. That’s because of the type of people that are drawn to our model – they’re not driven by ego.”

In other words, as titles and positions of authority become less important, flexible schedules, creative output and positions of influence become the new priorities. The likes of Jorgenson and Torode certainly seem to be onto something when it comes to understanding, and reimagining, what personal and professional fulfilment can truly mean.