Given that most classic Christmas films pre-date the 21st century, Paddington and its sequel are reminders of how to make truly timeless family favourites. 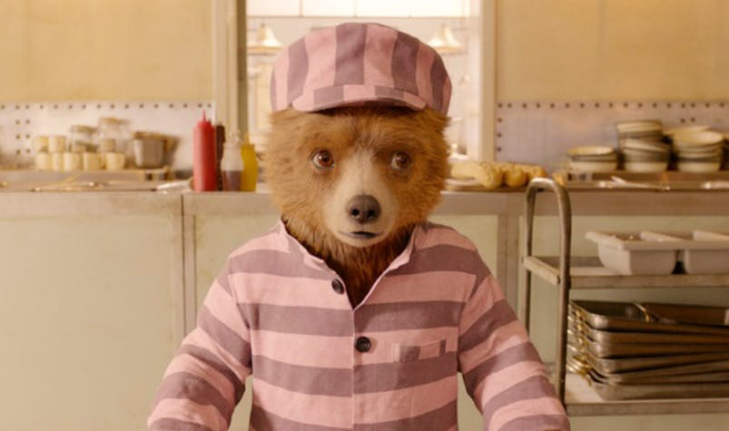 During a recent viewing of Paddington 2, I was struck by not just how brilliant the film is (as good, if not better than the 2014 original), but by a couple of trailers that played before the film began. One was for It’s a Wonderful Life, the other for The Muppet Christmas Carol.

The Picturehouse chain where I saw the film is showing these classics in the run-up to Christmas and, despite having seen both more times than I can remember, I was filled with an instant sense of comfort and joy upon seeing them play again on the big screen.

There is something truly wonderful about endlessly recurring Christmas films. It’s not just the uplifting messages about the importance of community and the spirit of goodwill. It’s also the evident care and craft of the filmmaking – the humour, warmth and exuberant imagination that is applied to every facet of the storytelling.

Watching these trailers made me realise that this kind of highly disciplined, family-friendly filmmaking has all but died out. Look at any list of the best Christmas films compiled by a magazine or readers’ poll and you’d be hard-pressed to find a film from the last ten years, let alone this century. Home Alone was 1990, The Muppet Christmas Carol was 1992. Even The Polar Express now dates back as far as 2004.

Various theories could be ventured for why the last decade has produced so few Christmas classics. There’s an argument, first of all, that the era in which we now live, with its frenzied consumerism and relentless technological change, is not conducive to the charm and whimsy that produced the Christmas films of yesteryear.

Today Black Friday, ecommerce and one-hour delivery services define the Christmas experience for many people. It’s harder to imagine warm and fuzzy Christmas tales of community in a society so atomised by technology and by the grinding gears of globalisation.

As a result, studios more ruthlessly play the numbers game, taking fewer risks and targeting specific demographics as they seek to compete with digital entertainment options. It’s why cinema is now dominated by franchises, sequels and remakes and why breakout hits are increasingly rare at any time of the year.

It’s the same reason there are evidently less ‘event’ summer blockbusters these days that draw in a wide audience. The kind of bold, high concept filmmaking that was all the rage in the 80s and 90s (think the likes of Ghostbusters, Jurassic Park and Jumanji) has largely disappeared from view. Mainstream cinema has become much less adventurous and imaginative.

Indeed just take a look at some of the new releases being advertised as ‘Christmas films’ at the moment. There’s Daddy’s Home 2, in which Will Ferrell, Mark Wahlberg, Mel Gibson and John Lithgow play a set of bumbling fathers and grandfathers causing havoc during the festive season; A Bad Moms Christmas, the sequel to last year’s Bad Moms starring Mila Kunis, Cheryl Hines and Susan Sarandon; and The Man Who Invented Christmas, a telling of how Charles Dickens came up with the story for A Christmas Carol. None of these options feel particularly inspiring.

Praise be for Paddington then, which reminds us all how a Christmas classic should be done. Neither the original nor the new sequel are actually set at Christmas, but both were released in the weeks leading into the holiday season and both have the unmistakeable feel of family-friendly productions that were built to be festive favourites.

It’s the details that matter so much – the clear love, care and attention that has gone into making these films. Writer-director Paul King has taken a wealth of source material from the original stories by Michael Bond and turned it into something truly cinematic.

The films are very funny of course, as they depict the various slapstick scrapes that Paddington gets into. They are also rich with the mythology and melancholy at the heart of the bear’s plight as a Peruvian immigrant who leaves his home and family to come to the bustling hub of London.

What elevates the Paddington films are the frequent touches of vibrant creativity that ensure no scene is wasted. In Paddington 2 look out for some wonderful animated sequences, including one where a pop-up book of London becomes an immersive environment for Paddington and his Aunt Lucy to roam, or another in which a prison break by multiple inmates is shown in wide-angle profile, as though the building were an intricate doll’s house opened up. Every set is carefully designed as King mixes up the visuals with playfulness, but also control.

Yes the rendering of Paddington is fantastic, and Hugh Grant is a hoot as a thespian bad guy, but in truth every character is imbued with their own personality, no matter how small the bit-part. The narrative moves at a brisk pace, but also gives itself space to breathe. We are given insights into the insecurities and ambitions of each member of Paddington’s adoptive family, the Browns, and come to see how much they love the little bear that has disrupted, but profoundly enriched, their lives.

The care and attention behind the filmmaking adds to the sense that these aren’t just disposable movies made to fit into a highly marketable franchise. They are carefully crafted, high quality films that have been made to stand the test of time – like all great Christmas classics do.

Such films are sadly a rarity today, which makes Paddington and Paddington 2 all the more endearing. It’s certainly comforting to know that we need not refer back to a bygone age to see the spirit of Christmas still flickering on the cinema screen.