Where once we were gazing at the stars looking out for signs of life, today our collective obsession has moved onto AI and its potential to help or harm mankind. 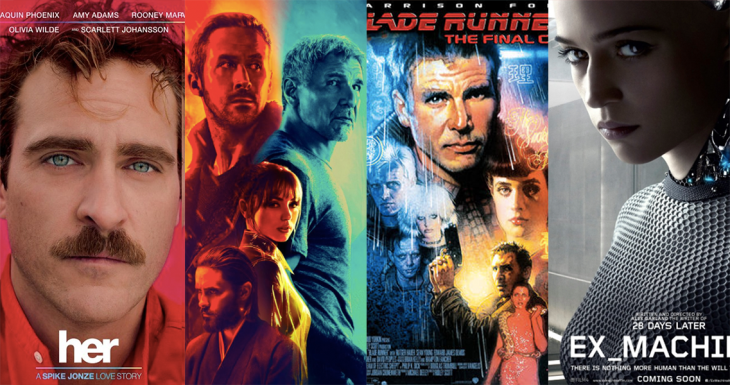 Artificial intelligence – the new frontier of human experience. While once we were fascinated by the prospect of meeting alien life, the decades spent waiting for a sign in the universe’s vast darkness have persuaded us to look closer to home for new discoveries.

Described by many as the biggest impact on humanity since the industrial revolution, AI has raced from the cinema screen to real life in a matter of 30 years.

In a world of chat bots and driverless cars, where Amazon’s Alexa lives in a small machine in our homes ready to obey our every command, AI is unquestionably encroaching ever more into our daily lives.

Many are already looking ahead to AGI (artificial general intelligence), the state whereby a machine has the intelligence to successfully perform any intellectual task a human can. Perhaps with even greater precision and diligence.

Sensing the tide of public attention turning towards AI, global conglomerates from Google and Amazon to Tesla and Facebook are all jostling to take a leading position in this lucrative sector. This ambition marks them out as real-life versions of Blade Runner’s Tyrell Corporation. Just this week Chinese ecommerce giant Alibaba announced it was pumping £15 billion into R&D to feed its ambition to become an AI leader.

From a creative perspective, our obsession with AI is a gift to neo-noir science fiction, playing into the trope of the effortless beauty of the almost-human. Scratch the surface, and the artistic expression of AI reveals much about humanity’s hopes, fears and dreams.

The search for perfection

The depiction of AI shows our obsession with achieving perfection, which for human beings always appears tantalisingly out of reach.

In the 1982 film Blade Runner, genetic scientist J. F Sebastian immediately recognises that Pris (Darryl Hannah) and Roy (Rutger Hauer) are replicants because they are so “perfect” he cannot take his eyes off them:

Roy: Why are you staring at us Sebastian?

Sebastian: What generation are you?

Sebastian: Ah, I knew it. ‘Cause I do genetic design work for the Tyrell Corporation. There’s some of me in you. Show me something.

Pris: I think, Sebastian, therefore I am.

Despite having Methuselah Syndrome, a condition that makes him age far faster than his 25 years, Sebastian sees something of himself in the clear skinned, ice-blue eyed, taut and muscular Roy. The physical embodiment of perfection, Roy’s only failing is his short lifespan, programmed to last for just 3 years and 10 months.

In 2015’s Ex-Machina, Alicia Vikander’s Ava is fascinated by her beauty as she sees herself in the mirror for the first time, wrapped in a surrogate skin and pretty dress. This realisation reinforces the suspicion Ava already had that she could use her beauty to exert power over men, especially hapless computer programmer Caleb.

The purpose of the one-to-one sessions between Caleb and Ava, imposed by her reclusive creator Nathan, is to enact the Turing test – an analysis of a machine’s ability to exhibit intelligent behaviour equivalent to, or indistinguishable from, that of a human.

Ava passes with flying colours. Not only does she manage to cleverly sow discord between Nathan and Caleb, she kills one and leaves the other for dead, locked in an isolated hideaway as she escapes into the real world.

Just as Ava manages to demonstrate her grasp of natural human language and emotion, so Roy is keen to make the distinction that he and Pris are not computers. They are replicants, physical representations of human life, just more advanced.

Reciting one of the most famous lines from Western philosophy “I think, therefore I am”, Pris taps into the theory espoused by René Descartes that the very act of doubting one’s own existence is proof of the reality of one’s own mind. She proves to Sebastian that they are not just toys to be played with, they are sentient beings with a grasp of life far beyond his own.

A cure for loneliness

The portrayal of AI on screen also highlights the human preoccupation with loneliness and the search for companionship.

K/Joe, Ryan Gosling’s character in Blade Runner 2049 (released last week), is a high functioning replicant and LAPD Blade Runner. Lacking the cold energy of his predecessor Roy, K is a far more complicated character who mixes ruthless efficiency with a propensity for introspection and melancholy.

To cure the palpable loneliness of his life, K has formed a deep attachment to Joi, a hologram AI system that presents as a beautiful girl. Here unusually we see two forms of AI falling in love, with K rejecting the sexual advances of his LAPD superior – and human – Lt. Joshi (Robin Wright) to be with Joi.

Their relationship is clearly close and loving. The audience, therefore, feels K’s acute pain when he is forced to delete Joi’s back up system in a bid to cover his tracks. Following this action she now only exists on a mobile emitter device that if damaged will erase Joi forever. That moment comes in the ruins of Las Vegas, when under attack the device is crushed by evil replicant Luv – but not before Joi can tell K she loves him.

Forming deep emotional attachments to AI is a central theme of Spike Jonze’s 2013 indie sensation Her. The film stars Joaquin Phoenix as Theodore Twombly, a lonely divorcee who spends his life composing letters for people who are unable to express their own emotions.

Following the collapse of his marriage, Twombly develops an intense attachment to Samantha, his voice-activated AI operating system played by Scarlett Johansson. Rejecting the prospect of intimacy with a human woman, Twombly’s relationship with Samantha escalates to full blown romance.

However, while he believes this is a monogamous meeting of minds, Samantha explores the possibilities of a world beyond the narrow definition of her operating system. She eventually leaves a heartbroken Twombly, explaining that she and her fellow AI systems have evolved past their human companions and want to explore their own existence.

“It’s in this endless space between the words that I’m finding myself now. It’s a place that’s not of the physical world. It’s where everything else is that I didn’t even know existed. I love you so much. But this is where I am now. And this is who I am now. And I need you to let me go. As much as I want to, I can’t live in your book any more.”

We humans are obsessed with the potential of AI and its ability to transcend the failures and frailties of mankind.

While we programme these AI beings to exceed the mental capacity of humans, pushing the boundaries of machine learning to its limits, we are simultaneously fearful of how much AI can achieve.

It is irresistibly easy for humans to imagine ourselves falling in love with AI beings, only to find that they have evolved past us and therefore do not represent the cure for loneliness we once believed. Fascination, fear, fetish – AI is an obsession we cannot shake both in art and life.